If you have never heard of Soi Cowboy then you have never been to Bangkok. Soi Cowboy is a short road in the Asoke area where you will find all the girly bars in Bangkok. The street is normally packed at night with bright lights and scantly clad women walking around. Safe to say it is not a tourist area to take the children with.

The name Soi Cowboy was started by an American write for the Bangkok Post called Bernard Trink. His weekly newspaper column was critical of the area and other nightlife in Thailand. The name was after the late T. G. “Cowboy” Edwards, a retired American airman who opened one of the first bars there in 1977 and who always wore a cowboy hat.

The Soi has been used in many movies such as Bangkok Dangerous and also the movie The Hangover Part 2. The area is where the BTS (Skytrain) and MRT (Subway system) cross over in Bangkok. There is the BTS Asok Station and the MRT Sukhumvit Station in Bangkok. There are a number of high-end hotels in this are such as the InterContinental Bangkok as well as the Ambassador Hotel Bangkok and the Adelphi Suites Hotel. 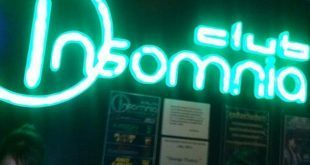