In terms of meals the prices ranges as you will not eat at a restaurant everyday. Most days you will buy your food from a food vendor at the 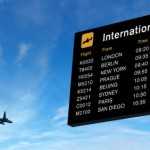 many take-away setups in Bangkok. The real average would be in the range of 30฿ to about 40฿ which would be the standard price range for most people in Bangkok. Restaurants itself is another issue as those range as shown above.

The price of domestic beer is cheap however you will note that they do not sell beers between certain hours and you can buy your beer where most expats in Bangkok do – the local 7-11 or Family Mart stores. The cost of food is rather cheap in Thailand compared to the West. Imported food is expensive due to transport and customs. This is mainly available at the large high-end stores that sell imported foods in Thailand.

As for fruit you can normally buy these at the local market which is cheap however if you buy them at say the Tops Express stores which is almost like a 7-11 then the price will be much higher. Very few people actually cook at home in Bangkok and if you like to cook then it is best to find a local at the food and produce market who will give you a good deal on your raw food.

Cigarettes in Thailand is cheap and ranges. The local brands is about 50฿ however you need to have strong lungs to smoke them as they are very strong. The mid-range L&M Light is about 66฿ while the more top end such as Marlboro comes in at 90฿ a pack.

Cost of Living in Pattaya – Food

Cost of Living in Bangkok – Other