The Sukhumvit Plaza is also known as Korean Town (태국한인 상가). It is a very small mall mainly with Korean stores and restaurants which might appeal to those coming from Korea or if you want real authentic Korean dishes. The mall is located very close to the BTS Asok Station and the MRT Sukhumvit Station in Bangkok on Soi 12 Sukhumvit. There are a number of hotels close to the mall such as The Westin Grande Hotel in Bangkok.

There are also other high end hotels close to the mall such as the Sheraton Grande and more mid-range hotels such as The Ambassador Hotel and also the Adelphi Suites Hotel in Bangkok. The nightlife area is very close with Nana Plaza just down the road from the mall. The restaurants and dental clinics are mainly used by expatriate Koreans in Bangkok. If you are looking for a small plaza or shopping mall within walking distance of not only the nightlife but also the mass transit system in Thailand then this mall is well placed for late night dinners. 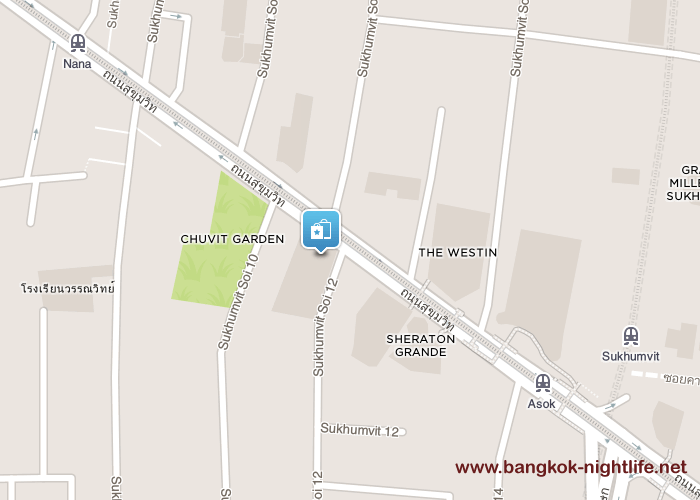