The CentralWorld shopping plaza and complex is located in Bangkok Thailand close to the BTS Siam Station. CentralWorld is the sixth largest shopping complex in the world. This massive complex includes a hotel and office tower. 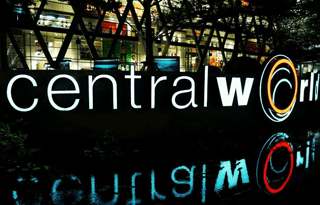 There are two Hindu shrines at the north-east corner of the CentralWorld shopping complex. The first one is dedicated to Trimurti and used by people praying for true love which is very popular on Valentines day, and one dedicated to Ganesha. The CentralWorld complex is home to more than 495 stores many of these brand name stores located over 7 floors of high-end shopping space. CentralWorld is located between the BTS Chit Lom Station and the BTS Siam Station in Bangkok. An elevated walkway connects the two stations to facilitate foot traffic.

Isetan – This is a branch of the Japanese department store chain for apparel to domestic goods.

SF World Cinema – An upscale cinema complex located on the seventh floor, it has a total of 15 screens

These are the key stores in CentralWorld as CentralWorld is home to many other stores such as Nike, B2S Bookstores, GAP and many other high-end stores. Hotels in the area include the Hansar Hotel as well as the Holiday Inn Bangkok hotel and also the Novotel Bangkok and Siam Kempinski Hotel which are all well known high-end hotels in the area. The Dutch Embassy in Bangkok is also not far from the shopping mall nor is the Royal Bangkok Sport Club in Thailand and the Erawan Hotel with the Erawan Shire which is also very popular with locals and tourists. 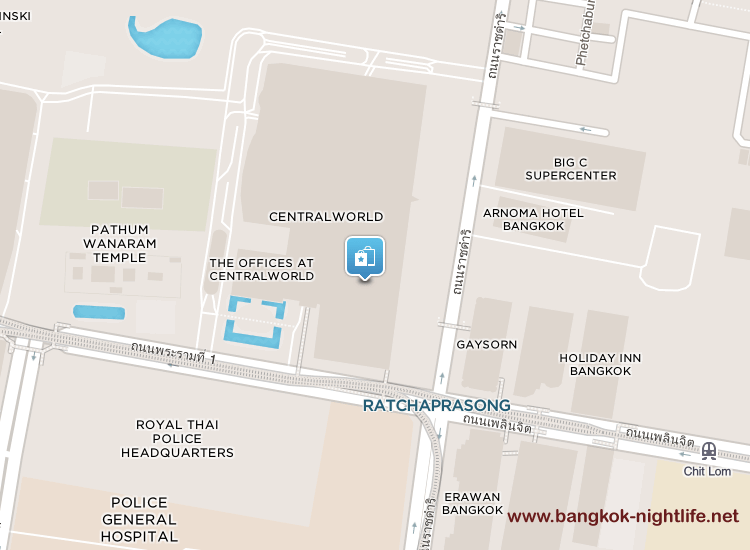