The BTS Ekkamai station is a BTS skytrain station on the well known Sukhumvit Line in the Watthana and Khlong Toei District of Bangkok. The station is located on Sukhumvit Road at Soi Ekkamai or Sukhumvit Soi 63 right next-to the large and very busy Eastern Bus Terminal which takes travelers to the eastern provinces of Thailand.

Early morning traffic in this location is very difficult as many of the long distance buses return to Bangkok with passengers and taxis block the roads early in the morning picking up their passengers at the bus terminal. The BTS Ekkamai Station is between the BTS Thong Lo Station and the BTS Phra Khanong Station in Bangkok Thailand.If you are looking for some of the most trendy pubs in Thailand then Ekkamai would be the place to start. 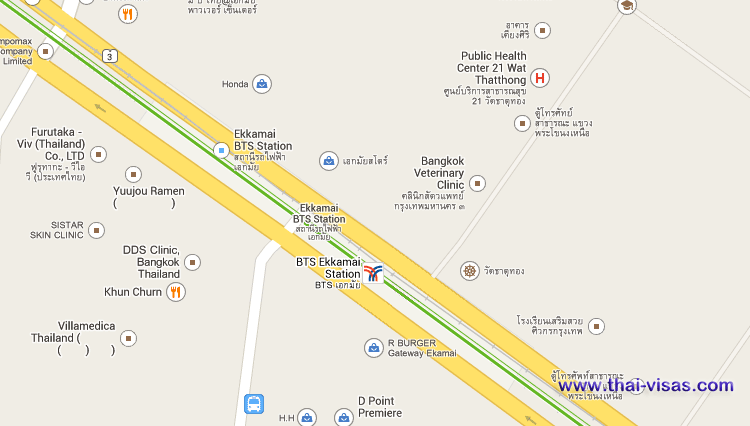 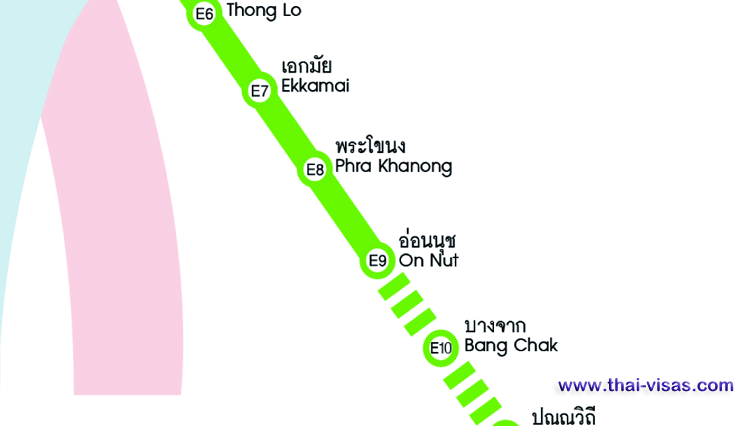 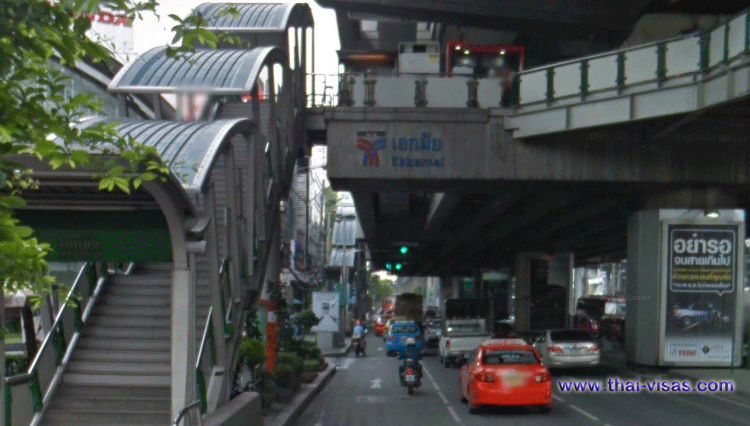 The BTS Ekamai Station still has many mom and pop stores and it is outside of the fast moving high-tech world with shopping. Many trendy pubs and new restaurants have started appearing.